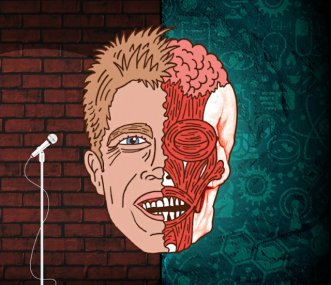 I’m excited to be giving a talk about my research this weekend as part of Shane Mauss’ Stand-Up Science show! Tickets are available here at Shane’s site.

For those of you who haven’t had the privilege of seeing Shane Mauss live, you’re in for a treat. Shane was one of the headliners of the 2015 Scruffy City Comedy Festival, which was (I believe) his last time in the Knoxville area. He has been on Conan several times, as well as Comedy Central Presents and a litany of other shows. Over the past few years, he has become increasingly preoccupied with the greater meanings of existence, the natural and supernatural ways through which we are all connected, and spinning tragedy into comedy. His latest album My Big Break featured funny stories written around breaking both of his feet on a hiking trip and the slow road to recovery. He also hosts and produces the successful podcast Here We Are, which brings comedians and scientists into the fold to answer those greater questions.

This Saturday’s show is going to be amazing. Dr. Nina Fefferman (also of UTK) and I will be your guest scientists, and Dave Waite, a great comedian out of Los Angeles, will also be appearing. See you there. Here’s a preview video that Shane posted to give you a better idea of what to look forward to: