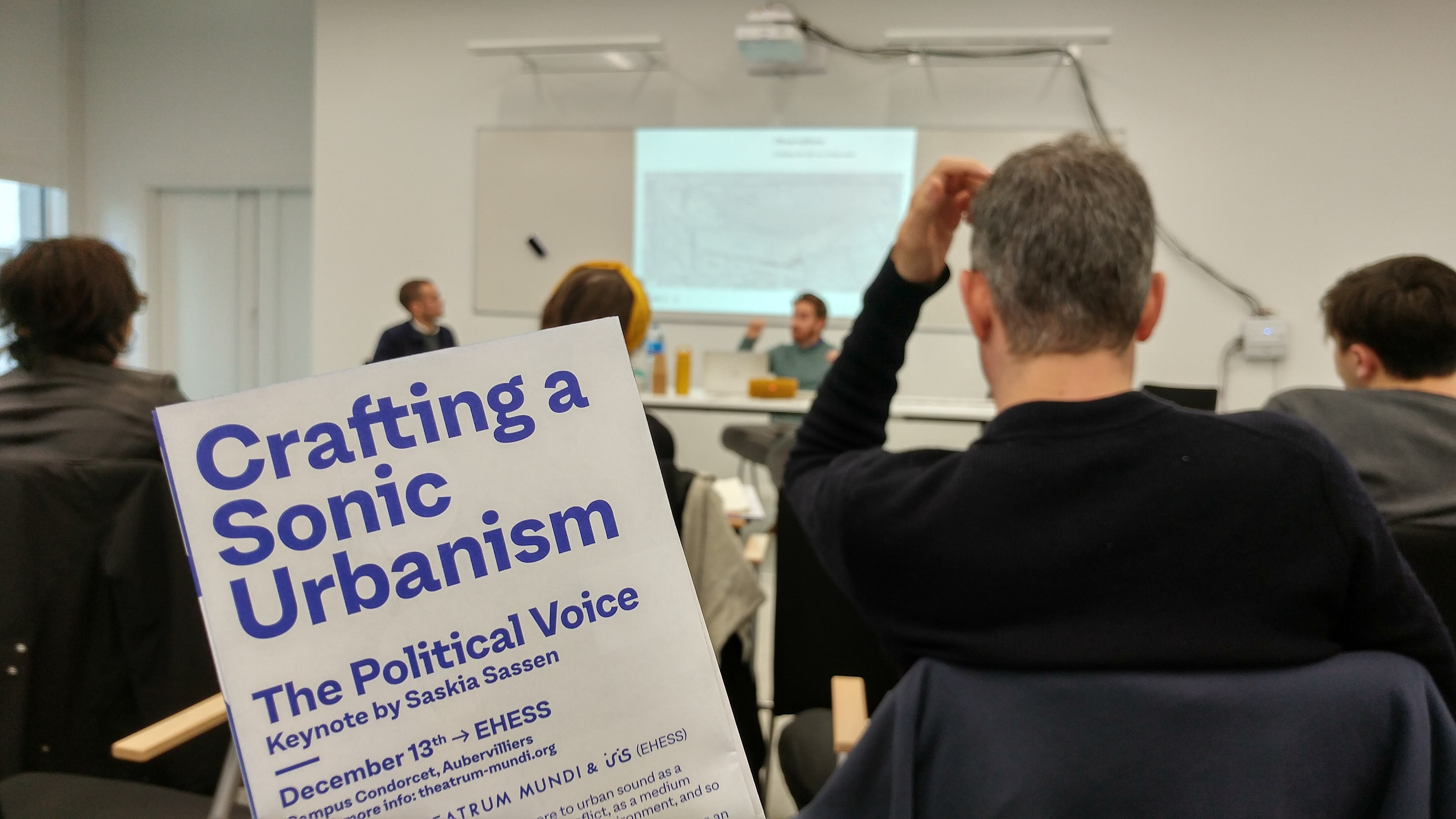 Hey, I’m back. I also gave no real indication that I was gone, since finals made that fairly difficult. I’ve also been working on my end-of-decade music lists, which I’ll post here next Monday. A lyric in one of my top 10 records of the decade says, “the city is an empty glass,” but this week’s retrospective says that “the city is an open score.”

Last week, I was privileged to join Theatrum Mundi for their annual Crafting a Sonic Urbanism conference at EHESS (Campus Condorcet) in Aubervilliers (Paris) on Friday. It was exactly what one would want out of a conference: laid-back, collegial, thoughtful, and concluded with a mind-melting talk by Saskia Sassen.

At the beginning of my talk, I cited a portion of my 2016 interview with Ian MacKaye where he reflected on Fugazi’s success in France. He said (to paraphrase) that he felt like the French and some other European punks had a certain appreciation for what artists were doing outside of the capitalist paradigm of production, and that finding that appreciation for your efforts was simply a universal human desire. For similar reasons, I appreciated the opportunity to present my research across the pond.

Theatrum Mundi have no qualms about pushing various envelopes, drawing heavily on abstract thought and experimental art to propose new ideas or ways of thinking about landscape. Even if some of it went over my head (especially as a ostensible non-musician), everyone there was eager to learn from one another. I was grateful to be able to join some of the conference family on Thursday for a “Scoring the City” workshop: 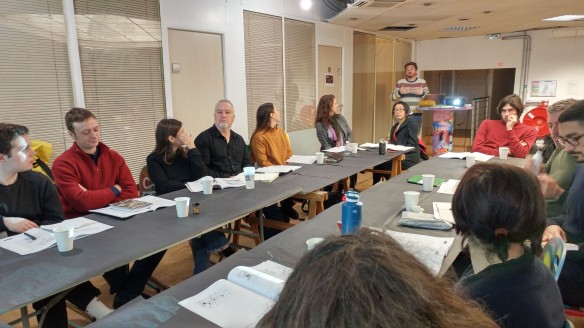 The main colloquium on Friday ran from 9.30 until 17.00, with Dr. Sassen’s presentation ending the evening at 20.00 (I’m still somewhat on the 24-hour clock). I was introduced to several musical experiments, thought exercises, and moments in sonic political history, among the most notable being Lin Chi-Wei’s Tape Music (Jonathan Packham) and Ella Finer’s discussion of the use of vocal noise at the 1982 Greenham Common protests. It was also my first bilingual conference, including a handful of talks and presentations in French. I wish my French comprehension were better, but it forced me to practice, at least.

While I was in town, I also had the chance to catch up with a pair of my top Capitals of Punk informants (though of course I won’t play favorites). With new things coming for the book and the greater surrounding project in 2020, it was rewarding to hear more stories and approach future collaborations that may actually bring me back to Paris before too long.

I’ve also been fortunate to experience Paris in moments of political upheaval: one was an isolated incident (anti-austerity, Greek solidarity protests in July 2015) and the other was a protracted mass-scale industrial action this past month. Due to the strikes, almost all of the Metro lines were closed or profoundly compromised, and the (limited) buses were rolling sardine cans:

Still, save for a handful of participants who had difficulty making it into Paris from elsewhere in France (the SNCF was on strike as part of the greater grève), the Sonic Urbanism conference went off without a hitch and I was able to get around the city and Ile-de-France with little incident. I joked with one friend that being an American used to relying on public transit in a variety of cities back home had prepared me for bad public transit. Even on Paris’ worst day, it was still not that bad, comparatively. I did not come across any protests around Les Halles, but I did not spend too much time down around there. The footage from cities like Bordeaux on the news every night was pretty harrowing, though, and it was a welcome change to see protesters presented in a marginally positive (or at least objective) light on a National platform, which is more than can be said for most any 24-hour American news outlet.

All that being said, and despite how lovely France was in the Holiday Season, I’m grateful to be back in the States. 2019 was an amazing year for me. Cumulatively, I spent over a month of it overseas, and coupled with an affiliation switch and big move, suffice it to say I’m still exhausted as I write this. It’s a good exhausted, however, and I’m eager to relax over the Holidays and return to Central Michigan in 2020 with a head full of steam.

Thank you for reading and thank you for your support through this past year! To you and yours, I wish you: