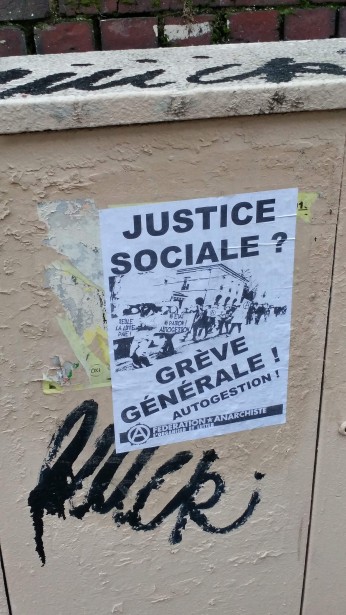 Happy Wednesday, everyone, or as they say to the Brits and Americans who consistently flood Paris, Happy Wednesday! This week, we’ll be grabbing our cans of spray paint, hopping on nos vélos, and setting off on a journey of découverte.

This week’s mix is a curious bunch of vinyl I’ve acquired on a few trips overseas, with a few key exceptions of rare finds in the US. I tried to include a multitude of songs sung in French, though it was a challenge since so many punk and hardcore songs are recorded in English. French is a language best suited for hip-hop flow and chansons, where English tends to fit with punchier, more aggressive music. As a linguistics nerd, I enjoy this weird binary.

One of the threads that ran through a bunch of my interviews with French collaborators for Capitals of Punk was how France has always felt “late to the party” within pop music (especially rock and punk) among Western countries. This dynamic is what makes French pop music so interesting to me, especially that which is produced with no consideration of the all-powerful English-language tunes, or even that which is produced in direct resistance to the Anglo-American cultural dominance.

I hope you enjoy the variety of material you’re about to hear! I’m also excited to make an announcement on Your Sonic Sunday this coming weekend that is intimately related to this week’s Sonic Geography Mix. Sorry I missed this last Sunday. Sixteen straight Sundays to kick off 2020 wasn’t a bad run. 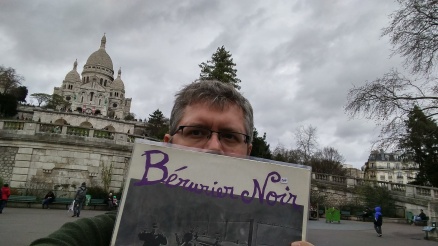 Cultural forms, particularly popular music, offer a utopian possibility of unity through a shared cultural expression. The examples of [Johnny] Hallyday and the Fête [de la musique, every June 21st] mirror the dichotomy between the two. One could observe that the French rocker creates a unified audience for his music through a homogenization of sounds and styles and that the Fête stresses the diversity of musical cultures while combining cultures… The paradox between these positions is that music (and other forms of culture) can serve to promote singularity and plurality.

The above quote comes from page 7 of Jonathyne Briggs’ Sounds French: Globalization, Cultural Communities, and Pop Music, 1958 – 1980. This book is one of the best synopses of any nation-state’s popular culture I’ve read, and is absolutely essential for anyone interested in learning about the development of pop music in France. It’s already been incredibly helpful in my understanding of the framing of punk music against France’s popular and sociopolitical culture as I work on going through my recordings and notes from this summer.

Of course, there are so many avenues through which to explore this. The companion site to Briggs’ book provide links to various songs he alludes to, such as “Rock and Roll Mops” by Henri Cording (Salvador) and his Original Rock n’ Roll Boys (1956), largely credited as the first proper French “rock n’ roll” single. As Briggs writes, Henri Salvador did not take rock n’ roll seriously, and made a novelty song aimed at capitalizing on what he thought was a trend (not completely unlike Bill Haley did with “Rock Around the Clock”), but the song did begin a (protracted) slippery slope of rock n’ roll legitimacy in the French language. The first thing I thought of while reading this was how Plastic Bertrand provided the same type of parodic cornerstone for French-language punk music with “Ça plane pour moi” (1977). Granted, Bertrand’s song was more tongue-in-cheek, but it remains one of the most recognizable French-language songs in the Anglo-Saxon world. Tell me I’m wrong.

While I have yet to publish anything on it (academically or on here), I will encourage a greater focus on non-Anglo-Saxon punk culture, because it would afford us a more nuanced understanding on the conditions that spread it, as well as (very importantly) challenge a long-held single-story that particular socio-political environments were necessary for it to grow. More to come.

One of the final R.A.S. shows ends in violence as Neo-Nazis infiltrate the crowd. Paris, 1984. (Photo courtesy of Philippe Roizes, all rights reserved)