I recently found a couple of photos I snapped in 2015 at the Tirso de Molina anarchist market, which I mentioned in my prior post about Crass’ 1981 masterpiece Penis Envy. I actually updated that post with one of these pictures, but I figured this would be as good an excuse as any to share these here. I did find some 2004 photos from the nearby Rastro, but perhaps I was too occupied digging through bootleg CDs to take pictures of the punx by the Metro.

No thanks to virtually any American mainstream news source, it occurred to me earlier today that the Cercanias Train bombings occurred ten years ago today. I’d be remiss if I didn’t write at least a brief bit about it since I was living in Madrid at the time.

I remember waking up that morning to my senora, Alicia, clearly distressed about bombs exploding over at the train station. From what I recall, I went to class per usual, despite my department concerned about professors who often rode those commuter trains into Madrid every morning (thankfully, none of our professors were on the trains that exploded). After class, I remember being tempted to walk over to Atocha Station, about 10 blocks from where I lived, but didn’t cave. Unlike the chaos that New York has supposedly been in the weeks following 9/11, walking down la Calle de Fuencarral had an eerie calm to it the afternoon that it had happened. I did however, grab a copy of el Pais that read, “MATANZA DE ETA EN MADRID.” I wasn’t even Spanish and I could tell something seemed off about that headline.

The following day, I walked down la Calle de Sagasta and saw numerous front-pages torn and taped to doors and walls of buildings that read “FUE AL QAEDA.” I stood and read one as an old Madrileno man walked by, stopped, said “pobre gente” and continued down the street.

That night, I went to Valencia, where the biggest demonstration I’d ever witnessed in my lifetime happened, seemingly at the spur of the moment. 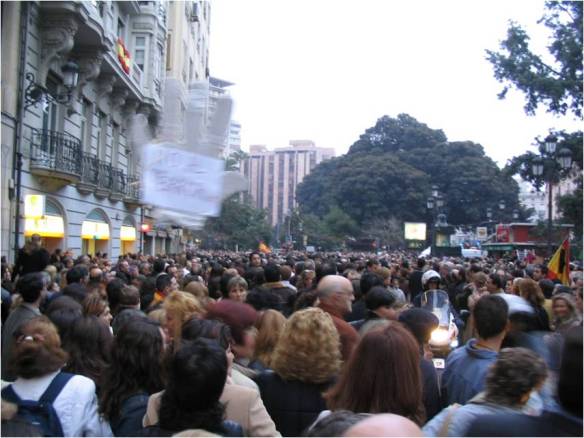 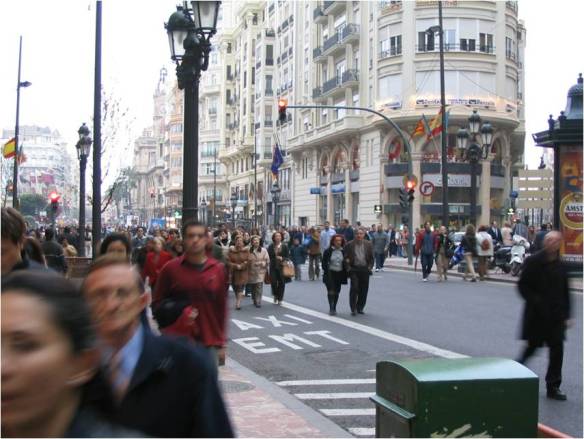 In the following weeks, special forces saw all the perpetrators of the attacks decimated, Spain retracted her involvement with the Iraq War, and Mariano Rajoy, who was almost certain to win the impending election that Sunday, lost in an upset to Jose Zapatero for a few simple reasons. Lying through your teeth to a nation in shock will do that to you. He is President of Spain now, but this is something he still has to live with.

This is not an explicitly political blog (and I’m not a Spanish citizen), so I’ll spare my thought on la Partida Popular here. But I won’t spare you some thoughts from a certain Basque punk band to whom I spent much of that month listening.