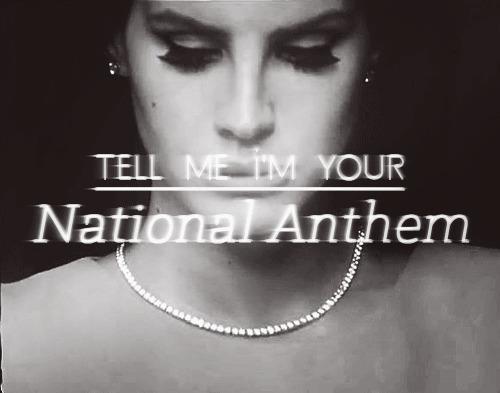 Each week in my American Popular Culture class this semester, I posed an open-ended question to my students on our discussion board. These topics traversed subjects as eclectic as everyone’s favorite gags from film and TV, favorite local food spots, and even conducting digital ethnographies using Youtube comments from classic music videos. One question I had in mind was inspired by the right’s manufactured controversy over NFL players (and other athletes) kneeling through the National Anthem in acts of protest and solidarity.

Though “The Star Spangled Banner” elicits a range of responses that reside on a spectrum between detached ambivalence and fiery Nationalist passion, I very quickly found myself wondering whether perhaps the United States had outgrown her National Anthem. After all, it was inspired by a battle fought more than two centuries ago, written by an amateur poet with no intent to become anything greater than prose. From a musical standpoint, it’s challenging to sing (even for talented vocalists), which complicates the communal dynamic of crowds being tacitly expected to sing along.

I did not have a spare week in which to pose this question on our discussion board, but I had the opportunity to do so on the final exam. My question and preface are pasted below, followed by a list of our class’ responses. The impressive range of choices, both stylistically and historically, was pretty inspiring, coming from an engaged and creative group of students. It has me thinking about a possible future paper about an assignment like this, discussing how human geographers can use music and pop culture to approach discussions on national identity.

For 87 years now, “The Star Spangled Banner” has been the National Anthem of the United States of America. Prior to 1931, it had been played at official events like the World Series (1918).
Over the past decade, and particularly since 2001, the anthem has come to represent and elicit a wide array of passions in equal elements Nationalist and Globalist. Over the past few years, this has come to a head in light of the Take a Knee movement in professional sports and in other areas of popular culture. What began as a protest to bring visibility to police and State violence quickly escalated to a question of Patriotism. It also led to a greater introspection on the history, context, and meaning of “The Star Spangled Banner.”
Let us say, hypothetically, that the US government decided to pick a backup/unofficial National Anthem. I ask you all as members (or consumers of) American Popular Culture, to PICK THAT SONG. It has to represent (to you) what America is all about, what makes America great, or what America needs to greater understand about herself. This response only needs to be about 50-100 words and should include a link to the song if possible. Don’t be afraid to get creative.

My biggest surprise was that it took as long as it did for someone to mention a Bruce Springsteen song (and that it wasn’t “Born to Run,” which I thought would be a shoe-in here). I would blame it on a generation gap, but there were two students, both born in the mid-90’s, who picked songs by Journey. Feel free to mull it over.

Three of the artists – U2, The Arcade Fire, and Queen – are not American per se, but I accepted all three enthusiastically. On U2’s first appearance on American television in 1981, Bono proudly declared that unlike certain other Irish bands, “we want to be here!” By the time that their Live Aid performance (speaking of mullets…) propelled them into rock-god territory a few years later, a healthy majority of their songs expounded love for the United States and her tumultuous history (see: basically the entire track list of The Unforgettable Fire). By the time they created The Joshua Tree (1987), U2’s fame was powerful enough to influence many commonly held ideas of “Americanness” in pop music. On Rattle & Hum (1988), they had about as many songs about Ireland (“Van Diemen’s Land”) as they did about Nicaragua (“Bullet the Blue Sky”). So many of my favorite songs from that era of the band were love letters to America, which meant a lot, considering how few love songs U2 wrote in their first two decades.

As for the Arcade Fire, Win and Will Butler came up in Texas; I don’t know if there’s ever been a more American band from Montreal. As for Queen… try to go to an American sporting event without hearing “We Will Rock You.” “Bohemian Rhapsody,” for anyone born after 1980, will always be inextricably linked to the most middle-American of SNL adaptations, Wayne’s World.

I meant it when I said “get creative.” On the last day of class, I shared my pick for alternative national anthem, which I chose for my own reasons, and not because Rudy Martinez has been known to say as much from time to time:

Five Latino dudes from Michigan, one of whom had the audacity to change his name to a piece of punctuation, building a bizarre mythology, distilling proto-punk through an in-your-face Farfisa organ, and continuing to perform for more than 50 years: what could be more American than that?