I did my first Instagram Live DJ set last night, and shockingly, the feed didn’t go down once. Thank you to everyone who tuned in, and if you missed it, here is the audio mixdown and the playlist. It was clearly a directionless free-for-all while I was working out the technical aspects of the “show,” but I’ll still include places of origin and any ancillary notes in the playlist. 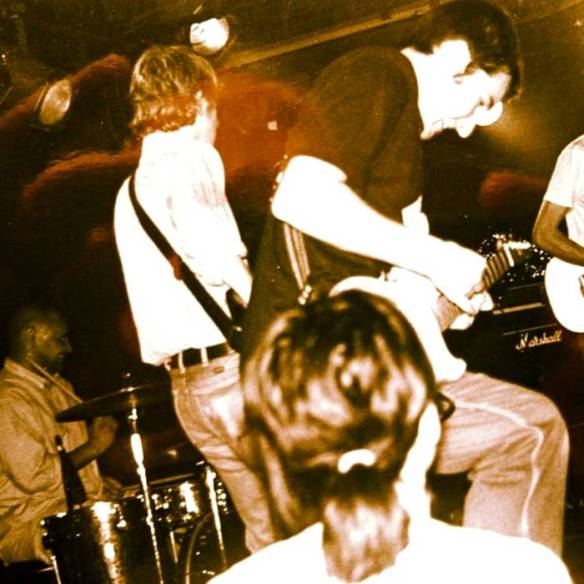 Happy Monday, and Happy Finals Week (depending on where you are) everyone. I’ve been fortunate to bring some fun subjects into what’s normally a stressful time for students and faculty alike.

My Globalization class (GEO 121) submitted their 4th paper, which required that they pick a song and pick apart its geographical references. My North American regional class (GEO 350) had a group zine semester project, which they are just submitting today. One group, who focused mainly on the American Southeast, did a zine devoted to music and region. Despite their thwarted attempts to burn a mix CD, they were still able to share their playlist with the class, which I’m passing along here.

One beautiful day this July in Montreuil, France, I woke up (a bit later than I’d care to admit; I’m a night owl and I’d had a lot of interview notes to write up) and wandered down toward the Metro station. I bought a sandwich from the pastisserie and wandered over to the park next to the Public Library by the mairie (town hall). The park, always abuzz with activity, afforded few benches which I could sit upon without the mid-day sun blinding me. (Fair notice: if you invite me for lunch and insist that we eat outside, I’ll do it because I’m a grateful person, but I won’t exactly love it; the sun scorches, bugs bite, and the wind blows). I wandered past the library’s entrance looking for a good spot to sit and eat when I heard Johnny Cash’s voice emanating from a nearby grotto. It wasn’t Sun-era Johnny Cash, either; this was dying, recording-in-an-armchair, Rick-Rubin-calling-the-shots, Johnny Cash. The song was “First Time I Ever Saw Your Face” from American IV: The Man Comes Around (2002). Anyone familiar with Johnny Cash’s baritone, especially at this point in his life, could imagine how much hearing it changed my sunny disposition (however slightly; I was so excited for what I was about to discover).

The library management had placed some lawn chairs out in the grotto and set up a pair of high-definition speaker monitors, blasting an eclectic playlist of 19 songs. An equally eclectic crowd sat and listened to the music. It was amazing. They weren’t talking or treating it as background noise. While some read and others napped, they were all just sitting casually and listening. Some of the selections were mainstream (The Beach Boys’ “God Only Knows”, others weren’t (Calexico’s “Woven Birds”). Some tracks were instrumental (Morton Feldman’s “Variations”), others were vocal (Billie Holiday’s “Summertime”), some hip-hop (RZA’s “My Lovin’ is Digi”), some rock n’ roll (Elvis Presley’s “Blue Moon”), some folk (Woody Guthrie’s “You Souls of Boston”), all strangely transcendent to hear flowing out of a public library’s outdoor PA system.

The moment I sat down, Nirvana’s unplugged rendition of the Meat Puppets’ “Plateau” started playing, as if they sensed an aging guy in an 80’s hardcore t-shirt had wandered over.

I don’t know how often they do this, but I can’t think of a nicer way to spend a lunch break. If I find the time anytime soon, I would like to bring this to the Knoxville Library and see if they’d like to give it a shot on Market Square or somewhere else central. It’s a great way to both present popular music in a sophisticated way and provide an ostensibly free public service for people who want to engage in public life. As much as I imagine Parisians to be more prone to this, that’s all the more reason to give it a test-run on this side of the pond.